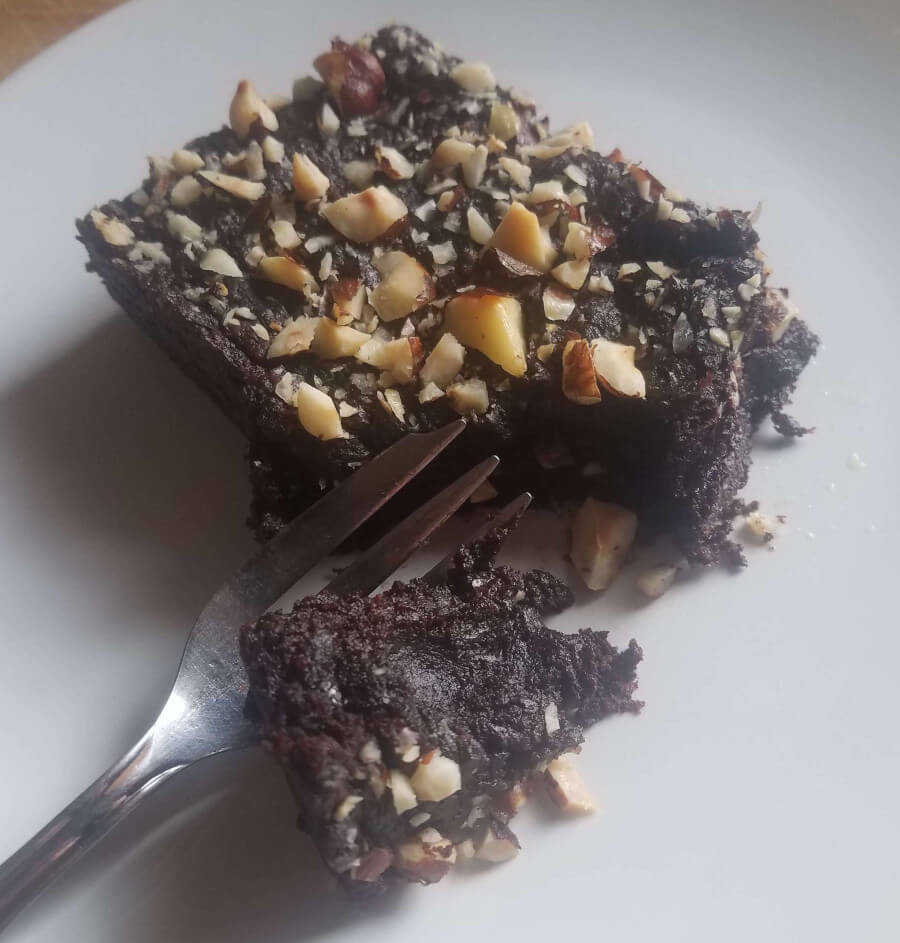 Finally, the long-promised recipe for my sweet potato brownies. It’s been in development for a while but I think (I hope) I’ve finally cracked it. Several attempts ended up more cake than brownie, but I really wanted to get that quintessential rich, fudgy gooeyness you’d expect from a brownie. As with a traditional brownie, the key is not to overbake it. The sweet potatoes really add to the gooey texture, but it’s important that you cook them only to the point that they will give a drier (not soggy) mashed potato. If the potatoes are overcooked they will add to the liquid content of the recipe and you’ll end up with something more cakey.  I haven’t quite figured out the gluten-free version yet, but I’ll update the page as soon as I have. So here goes!

If you can resist the temptation to devour the brownies straight from the fridge I recommend gently reheating in the oven later on and serving with some ice cream or frozen yogurt.