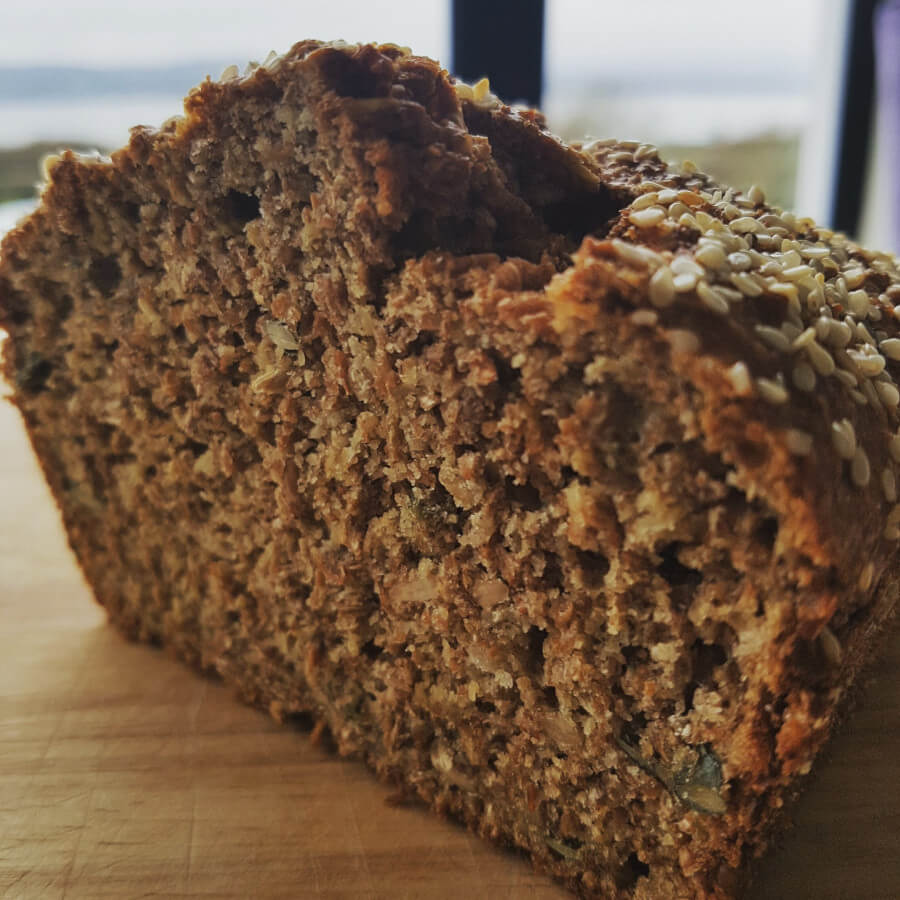 Some of my earliest childhood memories involve making a mess in the kitchen. As a five-year-old, there were the dogged attempts at replicating the chocolate truffles I’d seen my mum make. Enlisting the help of the kid next door, we’d hoist ourselves onto the kitchen worktop, raid the larder cupboard and deliberate over those jars and bottles whose contents were a mystery. We were indiscriminate with our ingredients and liberal with the quantities. Everything went into the bowl. Peanut butter, cocoa powder, brown sugar. So far, so good, right? Tabasco, soya sauce… It often started off promising – but somehow we could never resist the urge to find out what it would taste like if we added just a little bit of mustard powder. Christopher never did get to take any truffles home.

When it came to culinary experimentation I had a kindred spirit in my grandmother, Mary. She, too, had her share of culinary missteps (her pineapple pizza on a soda bread base is a classic example). Mary wasn’t one for weighing scales or following recipes: she came from the ‘handful of this and a handful of that’ school of baking. Saturdays and school holidays spent at granny’s house inevitably involved rolling up one’s sleeves, greasing a raft of loaf tins and mixing together the ingredients she threw by the handful into a series of enormous, chipped, ceramic bowls. During the hour the loaves would spend rising in the oven the house was filled with the smells of home baking that to this day bring me back to her warm, bright kitchen that looked out onto the great horse chestnut tree.

The descent of the prickly chestnuts each September heralded the fruit-picking season, when Mary would assemble a small army of grandchildren and steer us across the fields to relieve the brambles of their load. Invariably we’d return bemoaning the splinters and scratches, but always eagerly anticipating the opportunity to stir the jam pot, and the deluge of blackberry pies that would soon be distributed among family and neighbours.

My maternal grandmother, Rita, who I never knew as she passed away when I was very young, is said to have turned out a mean treacle bread, and a scrumptious raisin bread that my mum still reminisces about. Rita wasn’t one for weighing scales either. She was quite the creative, on occasion spotting a dress or an outfit in a shop and deciding that she’d just make it herself. My sewing and knitting skills are far from impressive, but I feel fairly sure I’ve inherited her DIY ethic when it comes to adventures in the kitchen.

So for my inaugural blog, and to pay homage to my formidable grandmothers, I’m beginning with a tried and tested recipe for Irish wheaten bread (a variation on a recipe given to me by the wonderful Deirdre Doherty), which I promise you’ll want to make again and again. Following on from the wheaten bread, I’ve included a gluten-free, wheat-free alternative – a maple and oat soda bread. It follows the same recipe format and gives the same beautiful texture and soft crumb as the wheaten bread. The pumpkin and sunflower seeds are optional but are a delightful addition to both breads. I’d love to hear what you think! Tip: The loaf will easily last up to five days, but if you’re not going to use it up within this time, slice it, bag it and put it in the freezer, to take out as and when you need it. It tastes as good toasted from frozen as it does on the day it’s made. As with the wheaten bread, the maple and oat soda bread is delicious fresh, or toasted and spread with a little coconut oil and strawberry jam. And similarly, if you’re not going to use it up within a couple of days, slice it, bag it and put it in the freezer, to take out as and when you need it.